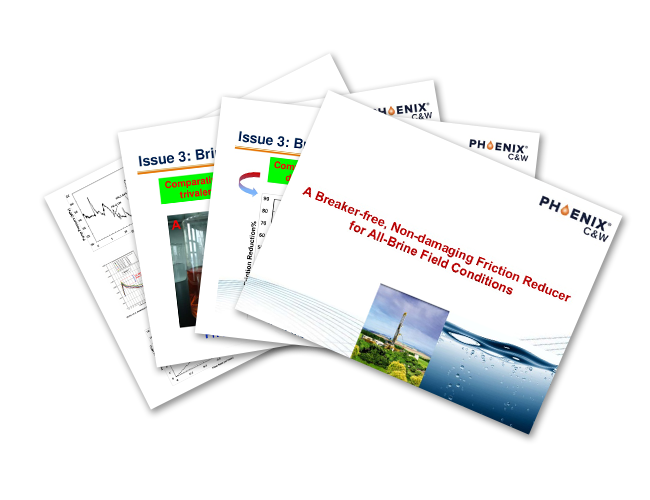 EXECUTIVE SUMMARY
CleanFRAC™ All-Brine Non-Damaging Friction Reducer is a revolutionary technology in that it uniquely tames pumping pressure and is expected to enhance oil and gas production. It is a self-cleaning/nondamaging FR that works under essentially all-brine conditions. It is resistant against iron ions and was shown to render near zero formation damage without using any breaker. In contrast, none of the tested counterparts demonstrated iron-resistance and they led to formation damage of greater than 90%. These unparalleled properties by CleanFRAC™ are expected to empower service companies with peerless competition advantage for maximized confidence of pressure pumping and customers’ satisfaction arising from enhanced oil/gas production. Other benefits include rapid activation, low/high temperature applicability and environmental friendliness, etc.

We design and manufacturer top-notch environmental chemicals and formulas.